I am a former notary and immediately after my retirement in 2006 i moved from the Netherlands to Curaçao. I had already been there on vacation in 1993 and felt from the moment I stepped out of the then picturesque Hato at home. It was immediately clear to me that I wanted to spend the rest of my life here.

In 2007 I started following painting lessons with Anna Oltheten on Grote Berg. I didn’t paint since i left high school, but because my employees gave me a complete painting kit as a goodbye gift, i had investigate if there was still some talent left.

At Anna I started traditionally: draw ovals on paper with charcoal. Pretty bottles soon emerged, but 4 lessons later I said: when can I paint? Everyone laughed, but at the end of the lesson I finished my first painting.

Of course the painting had to be signed. I used the abbreviation from school from my name: Lola, and this is how I still sign now. People are always amazed when they meet me. Lola is reminiscent of a somewhat voluptuous young lady, but that’s – like the fast calculators have already figured out – far from the case.

After some tinkering with fish and pots, I quickly came to the conclusion that people painting was by far my preference and it stayed that way.I work with acrylic on canvas. Usually small in size, but I also made large paintings, which has been sold all over the world. Just like the prints of the small paintings. Apparently people like them enough to hang them on the wall or to give them as a gift to their friends.

Apparently people like them enough to hang them on their the wall or to give each other as a gift. 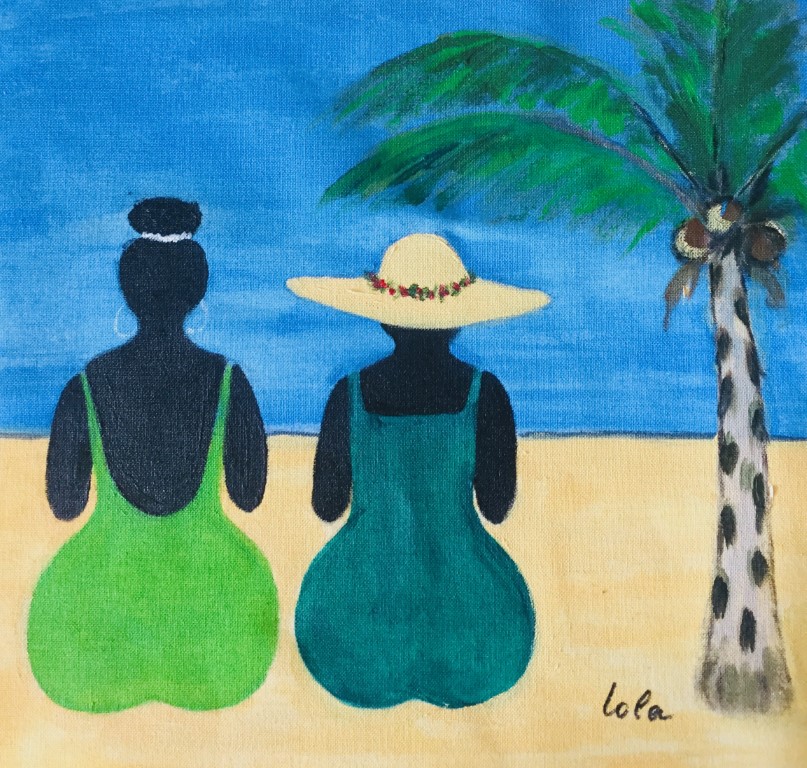 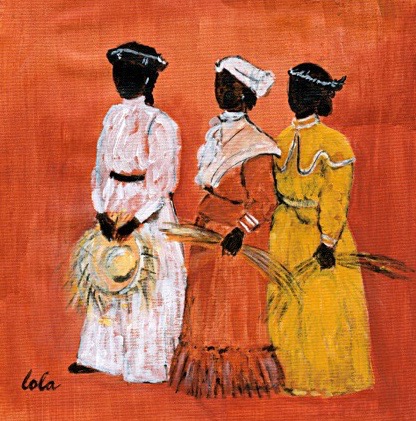 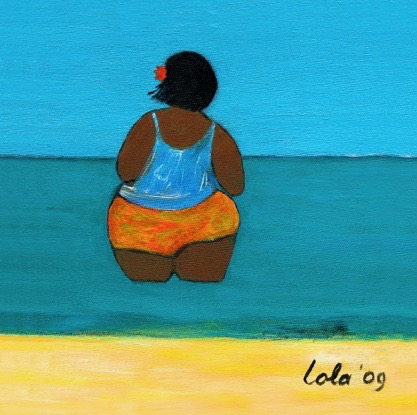